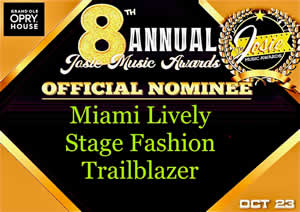 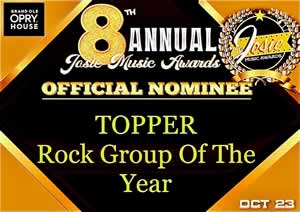 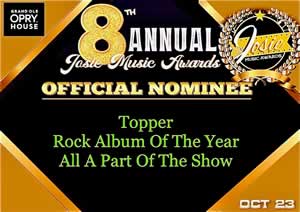 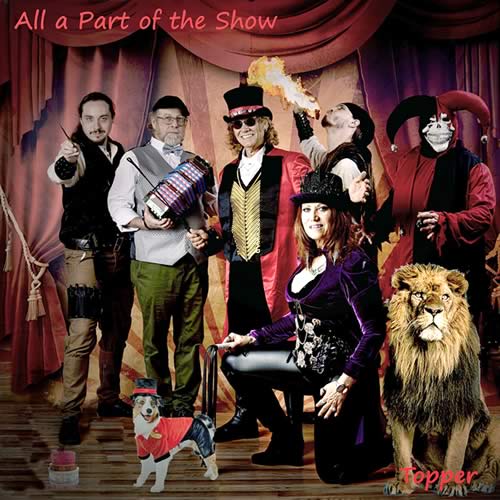 Listen to Topper’s new 21 track Concept, Collaboration, Compilation album
“All A Part Of The Show”
on their Official YouTube Artist Channel.

Topper has it all

Topper’s longevity is unheard of in the music business. The band has been touring and recording for over thirty years, remaining as vital and exciting as they have been from the beginning of their incredible, long run. Originally formed in Atlanta, GA, as an eight piece horn driven funk/jazz/fusion recording project for Philadelphia International Records in the late seventies, Topper was poised to become a supergroup along the lines of Earth,Wind & Fire, The Commodores, KC & The Sunshine Band and Tower Of Power. When negotiations with record company management broke down, the group began playing live venues worldwide, continuing to write, record and release original music on their indie record label, Ring Records.

Topper’s Dance/Variety/Party Music show utilizes a massive song list of all genres/decades of music, all performed true to form vocally & instrumentally with high energy and one on one crowd interaction. Topper’s vocals and musicianship are second to none!

The band’s Tribute Show, “Voices Of Rock & Soul!”, showcases short segments of rock & soul classics (Journey, U2, Foreigner, AC/DC, Bad Company, Rod Stewart, Led Zeppelin, Lynyrd Skynyrd, Santana, Jimi Hendrix, James Brown, Marvin Gaye, The Temptations, Four Tops, and Wilson Pickett to name a few!) Vocalist Pete George’s uncanny ability to nail the characteristics of virtually any legendary singer has to be heard and seen to believe, hence the name ‘Voices Of Rock & Soul! Topper-Voices Of Rock Live! “The Movie”, A Trey Miller Film, is available on DVD, along with the movie’s companion double live CD, Voices Of Rock Live! Both releases are available at online retailers, topperlive.com/merchandise and all live venues where the band appears.

Topper’s music has received airplay on FM and internet radio stations for over twenty years. In short, there has never been a band with the talent, scope, versatility, longevity and most of all, positive energy and confidence, as Topper. This legendary band is constantly moving forward, continuing to reinvent itself, thrilling crowds nationwide; Unstoppable! 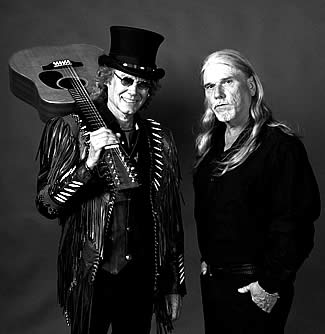